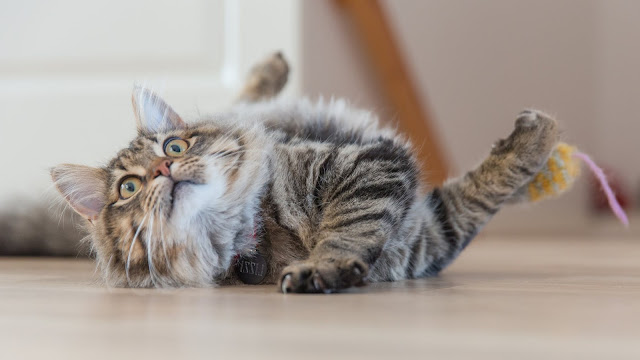 We had lost our 13 1/2 year old tortie in February of 2007. Lacey was not only our four footed fur baby, she was a therapy cat for my depression. We had been to different shelters trying to find a kitten that needed a home. After visiting a lot of places, we visited a local pet store that lets shelters bring in cats and kittens that are adoptable to spotlight them.

Malachi Andrew chirped when he first saw us. It was love at first sight. We had him a little over a month, but he was sick. The vet said he had FIP, and there was nothing she could do. She added that he probably had gotten it from the shelter.

On March 21, 2007, while I was at the hospital getting pre-surgery tests done, he went to Rainbow Bridge. I did not get the
chance to say goodbye or tell him his meowmie loves him one last time.

After that, I vowed NO more shelter animals. We adopted a cat (Betsy) that was at the vet's looking for a home. Her first owner had been murdered. April, May and the first few weeks of June passed. We went to another shelter. There were two sets of double doors that opened into a huge area. When we got through the second set of doors, this little tortie kitten reached clear across the room and snagged me with her claws and pulled me to her cage. She was there with two other kittens.

I asked one of the workers if we could see her. She got her out and took us to a room to hold her. This was on a Friday. Since we had always wanted two cats, I asked my husband if we could get her if they could hold her until Monday. He said, "Yes."

As we went to talk to the worker, "Harley" as they called her was on her back, purring and waving her paw as if to tell them "bye-bye, I found my forever home." When the girl said they could not hold her, she stopped waving her paw.

The girl then added the words "unless she has not been spayed yet."
She hadn't! We came back that Saturday to visit her. She had her surgery on Monday, and we got to bring her home that first Thursday in July of 2007.

Her name is Tortilla Angelic and she has two “hissters,” Betsy Meowie and Tiffany Rose. So we really have five rescues... Betsy (now nine), who needed a home from the vet's, Tory (now six) from the shelter, and Tiffy (now three), who was an outdoor kitten, and my husband and I who were rescued by the three cats. We love our fur babies.
Patricia Jenkins