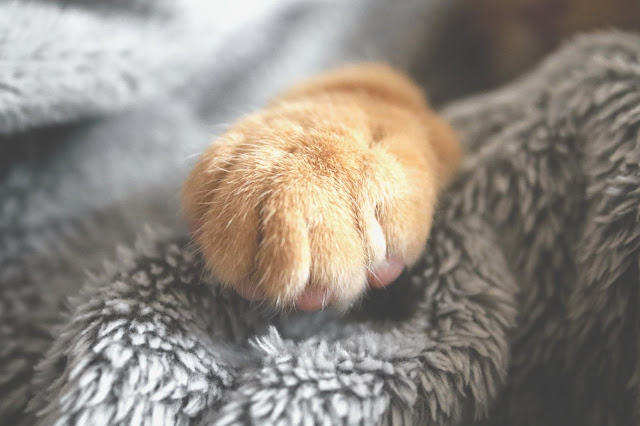 Now it's time for Mini's story. Exactly one year later, my aunt used a live trap to catch the cat that was crawling over everything including her car in her garage, and on New Years Eve caught a cat that my wife and I would name Mini.

My aunt brought her to work the next day. At that time, we worked at the same place, and almost all that day, Mini hung out by me, and she was a talker. She meowed and meowed, while she was awake anyway, so much that my boss, who doesn't like cats, had to leave before noon.


Mini would stand on my lap and slide up my neck and start "nursing" on my ears – mostly my left ear. She was just so loving that day that I called my wife to see if she would want another cat. She wasn't really sure about it, that is till she saw her when she came to pick me up after our work day. That's when she fell in love with her, so we took her home.


We took her to the vet, had her fixed and got her shots, and made sure she was healthy so we could treat her if there was something wrong. To this day she is still just as loud and loving as she was then. She is ten years old now and is just as cute and worth everything to us.


In fact, we had to take her to a cat dentist after she broke off a fang tooth playing with our other cat, Kitty. It turned out she had many cavities and had to have all her fang teeth pulled and a few others also. It cost over $3,000, but that was nothing if we could help her be pain free, although I felt so guilty about it that I lost
many tears, but she is fine without them, and was the same kitty as always and still is!