From Danger to Safety 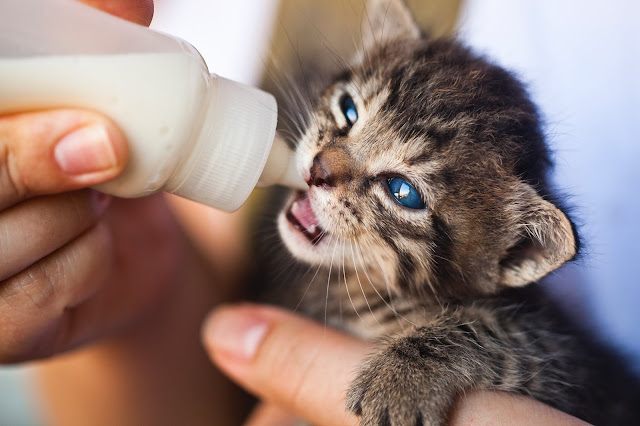 I call this story "from the dangerous outside world to the safe inside world." Twanie the kitten is one lucky kitten, and the reason I say that is because he was born in a small woods along with many other cats. Every time I saw him, I felt bad for him and I
figured that since he was still a kitten it would be easy to train him to be an indoor kitten... and I was right.


It wasn't an easy catch, however. Each time I'd try to get close to him, he'd run the other way, but I know it was because he was scared. Even though he was right there, I gave up hope of getting him until on August 11th of this year. That was one lucky day for him and me as that was the day I brought him home.


He got an eye infection which made him slow and sick. My sister-in-law had helped me catch him, and she had some antibiotics in the house from when her cats were sick.


She wanted to take him home, but she already had a lot of cats. Knowing she couldn't take him, even though she wanted to, she was going to give him the medicine and let him go. That was, until I told her I wanted him. So she sneaked up behind him, and as I was distracting him, she caught him.


It took him a while to get used to his new surroundings and me as he was scared at first, but he did and it didn't take him too long. One dose of that medicine made him feel better and the infection was gone. It didn't take him long to show me that he was one sweet and lovable cat, even though he appears to be no more than two months old, and I haven't had him but that long.
It didn't take me long to fall for him and I've spoiled him as I bought him a lot of toys. Even though I'm not even sure that he is a male I will call him a "he" until I'm sure. I had given up hope of getting my own cat because I've tried a few other cats and they didn't work out.


Now I see I was meant to wait for him, and that he was meant for me. He shows me every day how he's thankful that I brought him home and gave him a warm home and food in his stomach.


He's gotten a little bit bigger since he came here. I didn't think it would be hard to train him to be an indoor cat and it wasn't. He makes me smile and laugh sometimes. He's just an amazing kitten. When he plays with me, he's not rough. I look forward to many more years with him. I hope that other people will take in homeless cats and give them a chance as they deserve it. Even though I can't save all of them, I did save one and that makes me feel good.