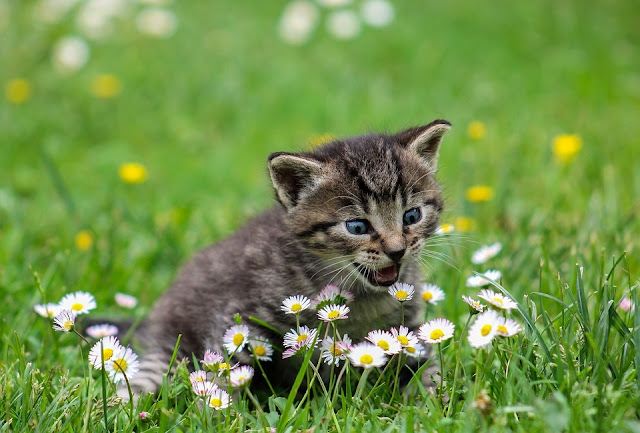 One spring day some years ago I went to the local veterinary clinic to pick up the pound cats that had just arrived. They had all been vet-checked and were ready to start their new lives as shelter cats with a future. There was one, a ginger cat, though, who just sat there in a carrier and looked very unhappy. The nurse hovered around me and then the vet came out to see me about this old ginger cat. He told me he didn’t think I should accept her for my shelter as she was old, bad-tempered and ugly!
Okay, she was all that, but these comments made my protective feelings rise to the surface. I asked the vet to desex her, vaccinate and microchip her. He gave me a look but I’d got used to those looks a long time before and so I simply shrugged.
I went back the following day to pick her up to find the vet extremely excited about my new old ginger cat. This cat presented as a female with ovaries and a uterus but she also had a fully grown set of testicles in her groin! The vet discovered this as he performed the desexing operation, noticing that


I took the cat home. As she was rather angry and upset I put her in the room where we kept the firewood. I went to the kitchen to get some food for her, then went back and opened her door, and this snarling, hissing and screaming creature just flew at me. I don’t remember how I got her off me but I was left with some scratches and a badly shaken ego. For the next few months she kept up the hissing and snarling; during this time I changed her water and litter tray and gave her food every day, talking to her while I avoided looking at her.
Then one day—four months later, actually—Ginger, as I had of course called her, came to meet me at the door, purring and circling my legs. I had to look around because surely this wasn’t the same cat—but no, it was the monster cat who had undergone a complete personality change!
I eventually let her out of the firewood room, and allowed her into the shelter building where she mingled with the customers and loved to sleep in front of the fires. Parents used to park their kids with her while browsing and Ginger carefully babysat them—she loved kids; most of the time, though, she was wherever I was, which was usually behind the counter. She shared my lunch—she loved broccoli with melted cheese, so that’s what I had most days.
Ginger loved a stroll in the garden after we had closed and then at seven pm it was time for bed. Her door was always left a tad open during the day so that she could come and go, but punctually at seven she was asleep in her bed. I would pat her goodnight, close the door, and know that she was safe throughout the night.
This wonderful cat came from the Puckapunyal army base and I often wondered how she had lived before being trapped. No one could touch her: she hated the world, she hated people, she hated everything until her hormones finally settled down due to her desexing and the removal of her extra pieces.
Cats